Login
Not yet a member? Register Here
or
Login with facebook
X Search for another school
Skalooza > Utah > Skyline High School > Memorials > John Stolen
Back to the memorial list 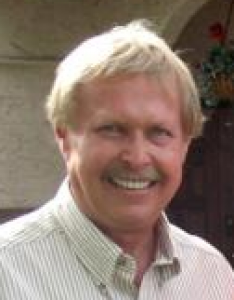 John was born in Iowa, lived in Chicago, and moved to Salt Lake City in the early 1960s. He graduated from Skyline High School in 1970 and University of Utah in 1975 with a degree in business.

He moved to St. George in 1993. John was a "jack of all trades" and master of many. He made his living creating custom home audio/visual systems but was also an accomplished mechanic, electrician, handyman, soccer coach and delightful salesman. His ready smile was always broadest when planning, on, or reminiscing about one of his many motorcycle adventures.

He is survived by his wife, and children: Jake, Tara, Tessa and husband Nate Creel of St. George, siblings: Carol Parish, Linda and husband Bert VanToornburg, and mother Arlene Stolen all of Colorado, and life-long friend Gary Tedesco of Salt Lake.

He is preceded in death by his father Lyder, brother-in-law Harvey Parish and mother-in-law JoAnn Thurber.
There have been 1 fuzzies left so far.
Sign in if you'd like to leave a fuzzy What's a fuzzy?
A "fuzzy", in this case, is a feeling or an emotion like "I miss you", "I love you", or just "thinking of you". Fuzzies can be left every day.
Comments or Memories
Sign in if you would like to leave a comment or memory.