Login
Not yet a member? Register Here
or
Login with facebook
X Search for another school
Skalooza > Utah > Skyline High School > Memorials > Gregory Jay Rogers
Back to the memorial list 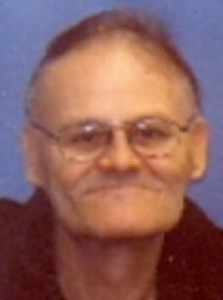 He was born on May 5, 1946 in Salt Lake City, Utah a son of Denton and Jessie Bradford Rogers.

He married Rebecca Feldt. They were later divorced.

Gregory graduated from Skyline High School in Salt Lake City. He served in the United States Marine Corp. during the Vietnam Conflict for eight years.

He was a member of The Church of Jesus Christ of Latter-day Saints where he had served as scoutmaster, ward clerk, sunday school counselor, a missionary to Scotland.

He worked at the Granite School Dist and for Intermountain Healthcare.

He loved to speak and was a beautiful singer. He made the Deans list at the LDS Business College.

He was preceded in death by his parents and a sister, Jean Haight.
There have been 1 fuzzies left so far.
Sign in if you'd like to leave a fuzzy What's a fuzzy?
A "fuzzy", in this case, is a feeling or an emotion like "I miss you", "I love you", or just "thinking of you". Fuzzies can be left every day.
Comments or Memories
Sign in if you would like to leave a comment or memory.