Login
Not yet a member? Register Here
or
Login with facebook
X Search for another school
Skalooza > Utah > Skyline High School > Memorials > Mark J. Riter
Back to the memorial list 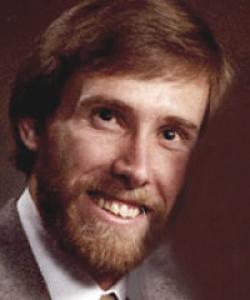 Mark, our loving son, brother and uncle, passed away September 15, 2010 in Bountiful, Utah.

He was born April 15, 1958 in Salt Lake City, Utah to Burton A. and Shirley N. Riter. He graduated from Skyline High School and the University of Utah with a B.S. degree in electrical engineering.

He married Martha Millward in July of 1982.

He worked at Hill Air Force Base as an electrical engineer for over 20 years programming software used in F16 fighter jets.

He is survived by his parents, sister, Susan R. (Scott) Barker; brothers, James B. (Christine), Kenneth B. (Frances), and a special uncle, Lonny (Sandy) Nordberg and their families.

Mark was preceded in death by his grandparents.
There have been 1 fuzzies left so far.
Sign in if you'd like to leave a fuzzy What's a fuzzy?
A "fuzzy", in this case, is a feeling or an emotion like "I miss you", "I love you", or just "thinking of you". Fuzzies can be left every day.
Comments or Memories
Sign in if you would like to leave a comment or memory.