Login
Not yet a member? Register Here
or
Login with facebook
X Search for another school
Skalooza > Utah > Parowan High School > Memorials > Joseph Robinson Lamoreaux
Back to the memorial list 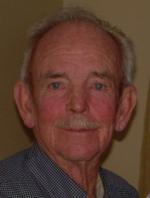 Dad graduated from Parowan High School in 1957. He then joined and served in the U.S. Air Force from 1957 to 1961. Upon his honorable discharge, he became a strong member of I.B.E.W. Local 354 where he proudly held many union offices including Pres. and Bus. Mgr. After retiring, he and mom moved from their residence of 40 years in Orem to their present home in Washington.

His favorite pastimes were hunting and fishing with his children and grandchildren and golfing with his friends. He will be remembered for his lifelong service to his family and those around him. He could always be found delivering fresh vegetables from his garden in Paragonah, helping with household repairs, making projects for the Cub Scouts or Relief Society, and entertaining with jokes and stories. From Dad we have learned the value of hard work, the importance of humor, and the wisdom of following his advice to “stop your sniveling.”

To us he will always be the greatest hunter, catch the biggest fish, have the lowest golf score, and tell the best stories. He will always be ten feet tall and bullet-proof! We miss you, dad!
There have been 0 fuzzies left so far.
Sign in if you'd like to leave a fuzzy What's a fuzzy?
A "fuzzy", in this case, is a feeling or an emotion like "I miss you", "I love you", or just "thinking of you". Fuzzies can be left every day.
Comments or Memories
Sign in if you would like to leave a comment or memory.